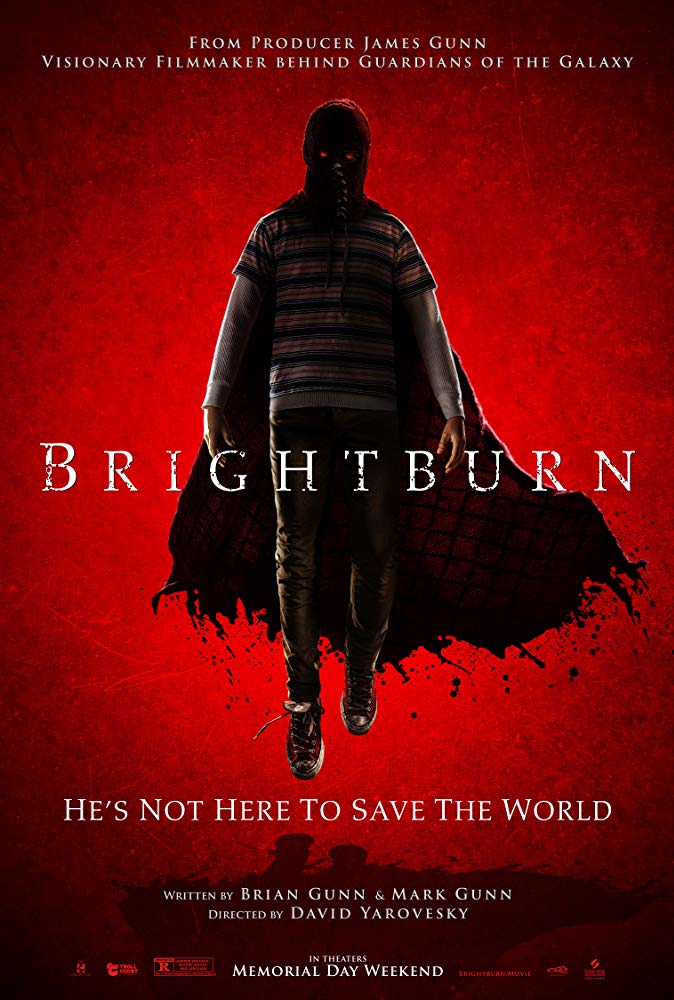 What if Superman had decided to fly down, rip off the roof of the White House and grab the president out of the Oval office? Who would have stopped him?

No, one. Absolutely no one.

It is this unfathomable strength that makes characters like Superman so awe inspiring but also so very boring on the big screen. Many iterations of the Superman story have hit theaters. He is an icon. But compared to his cowled counterpart, Batman, Superman stories tend to fall a bit flat. So, what if you turned the Superman story from an ‘immigrant in a new world achieving the American Dream’ allegory, into a pure horror story? What if Superman wasn’t Moses  – but Damien from The Omen.

That is the idea at the heart of the movie Brightburn, a movie which I was very interested in seeing. Subversive in it’s approach and graphic in it’s imagery, Brightburn was a story right up my alley. Unfortunately, despite loving the concept, I found the movie lacking. 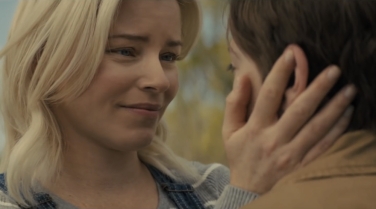 Directed by James Gunn, Brightburn follows the story of a farming couple from Kansas, who are having trouble conceiving. One night, something that looks like a meteor crashes in the forest outside their farm and they find a baby in an alien space craft. The couple raise the child as their own and appear to live a happy normal life together, until the boy, who they name Brandon, suddenly begins acting weird and becomes drawn to the craft that brought him there. What follows is a downward spiral, as Brandon becomes more and more dangerous and distant. Realizing that he has a multitude of powers and coddled by his mother as a “blessing that fell from the sky”, Brandon sees himself as a superior being and commits atrocities in his hometown.

There were so many interesting and fun things in this movie. I loved the way it looked, I loved the overall creepy atmosphere, and I felt that the actors did a fairly convincing job all around. My main issue was simply that I felt it didn’t fully commit to some of the ideas that started.

For example, in this iteration, it is not nurture, but completely nature that turns the boy evil and homicidal. Despite years of love and affection, Brandon turns pretty quickly after getting seizures and hearing voices coming from off the alien craft. If there were any warning signs beforehand, they weren’t shown. This being the case, it makes sense for his empathy switch to be completely off in regards to his parents, family, and friends. If it is in his nature to be evil and aggressive then their should have been warning signs. If it was a sudden switch after coming into contact with the space craft, the change should be dramatic and startling. However, the movie doesn’t seem to commit to one course.

There are moments where Brandon behaves himself purely for his mother’s benefit, attacks people that have threatened to reveal his darker side to his parents, warns people not to cross him, and shown hurt or surprise when he is attacked by parents. This indicates that Brandon cares, at least, about what his parents think of him and attempts to hide it, rather than just getting them out of the picture immediately when they upset him. His behavior doesn’t seem to make much sense from one scene to the next. The result is that the story feels inconsistent and half told. 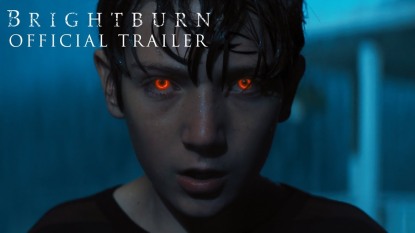 I felt that overall, a gradual change to “evil Superman” mixed with a conflicted relationship with his parents would have made the story more heartbreaking and satisfying. For example, let’s say there was no evil “ON switch” in Brandon’s brain. What you had instead was a boy, going through puberty, who is very smart, is a bit of an outcast, and loves idea of superheroes – but no one can save him from the loneliness and questions he has about being a kid who was abandoned by his birth parents. Then, when he discovers his powers, he accidentally begins hurting and scaring people when he looses his tempter or gets frustrated (as all kids do). As people become scared of him, he holds on tighter to people like, the girl he has a crush on, his mom, etc. But he does so to an obsessive degree, hurting and terrorizing them just to keep them from abandoning him. Perhaps the alien race he comes from is very aggressive and you see him fight against his nature, showing moments of remorse, but ultimately giving in and deciding to “take the world”. Worse yet, what if his mother, unwilling to face who her son is, and unwilling to kill the only child she’ll ever have, blindly protects him, despite all the chaos he’s created?

There were a number of possibilities, and any number of them would have worked. But by the end, there were too many questions and too many plot points and characters that ultimately went nowhere.

In all, I enjoyed Brightburn. I found it very interesting and it seems that they’re certainly teeing it up for a sequel. But as a standalone, it left me wishing it had been more satisfying to watch.