If I were a true fan of the franchise, this movie probably would have hurt me more.

So, I thought it was hilarious! 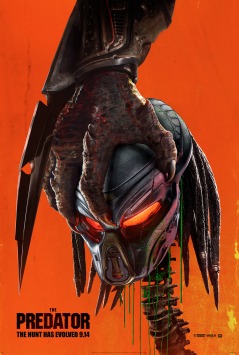 The Predator is the latest installment in the original Predator franchise. The series features an iconic tentacle haired alien creature that goes from planet to planet, hunting the strongest, most worthy adversaries for sport. Beginning with the 1987 film, starring Arnold Schwarzenegger, the Predator franchise has spanned a 30 year history with two direct sequels and a spinoff Alien Vs. Predator franchise featuring the Xenomorph of Alien fame. 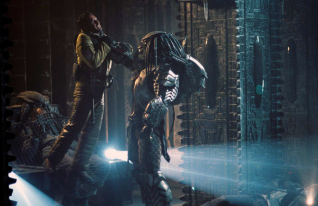 The Predator is the third direct sequel of the franchise. Like the first film, it features a rag tag group of soldiers facing off against the titular Predator alien and… well that’s about all the connection that exists.

This movie is a beast unto itself, but more importantly, is an absolutely delicious hot mess of a film. Swapping suspense for comedy, this movie is a tone def, trope filled, departure from anything remotely Predator related.

And I was oddly okay with that.

Now if you found that last paragraph confusing, repetitive, and a little ridiculous, I’d say I perfectly expressed the overall tone of this film.

As a storyteller, I found that the narrative was hurt by over utilizing stale action movie tropes; the rag tag group of misfits, the bad-ass protagonist that doesn’t play by the rules, the super smart secondary character who ‘practically wrote the book on (insert specialty here)’, the special child that needs to be rescued, etc, etc. Rather than creating endearing characters that you grow to care for, they replace characterization with odd quirks and jokes that go on for too long, before needlessly and rather unceremoniously killing them off one by one in the last ten minutes of the film.

The story jumps around, often taking huge leaps in logic and even leaving major story threads left unanswered. The issues that are resolved either don’t make sense, or aren’t interesting. The main character isn’t like-able, the autistic son was unnecessary and contrived, and deaths that should have had emotional weight… just didn’t. Also, the Predator hunting dogs… no just no.

There was so much, ‘WTF’ in this film, I found myself growing dizzy from all that spinning my head was doing. But I think that’s what made it fun. I went in expecting a Predator movie, and that isn’t what I got. Rage inducing for some, but for me, I found everything so absurd, I couldn’t help but be entertained.

Maybe not good for repeated viewing, but certainly fun to watch with the uninitiated.