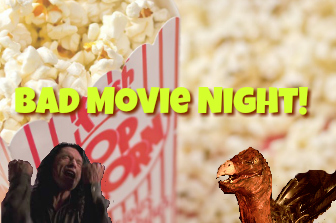 Sometimes something amazing just falls into your lap.

While perusing through the facebooks and the whatnot, I happened upon a post where a man was asking for help identifying a movie from his past. He described it as a 90’s horror movie, where “some kind of black vampire lady is seducing a man but she had teeth in her vagina and was going to eat him”.. something like that. Well naturally, I was interested, so I followed the thread and eventually a name was brought up. Finding the name of that movie, and realizing that the entire thing was available to watch on Youtube, changed the course of my life. 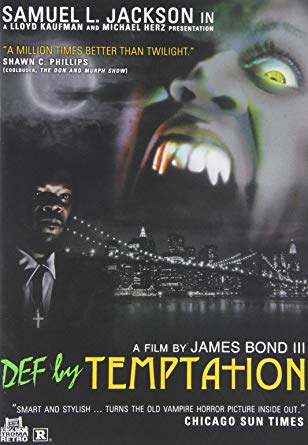 The story centers around a young man named Joel, who is raised by his grandmother after both of his parents are killed. Joel has been training to become a minister, like his father, but has become somewhat disillusioned with Christianity and decides to take a trip to New York to visit his friend, K. However, what Joel does not realize is that a sinister creature may have called upon him, luring him towards a gruesome demise – a beautiful succubus known only as “Temptation”. She seduces men at a local bar and brings them to her home, never to be seen again. Once she sets her sights on Joel, his best friend K, and an undercover agent specializing in the supernatural will stop at nothing to destroy “Temptation” before she can claim her next victim. But will their efforts be in vain?

First of all, I just want to say that this movie is so trash! But it’s the kind of trash that is way too fun to stop watching. When I turned it on, I had other things to do, so I just wanted to watch the first few minutes – get a taste for the story, see if it was something worth dedicating more time to.

I couldn’t stop watching it. 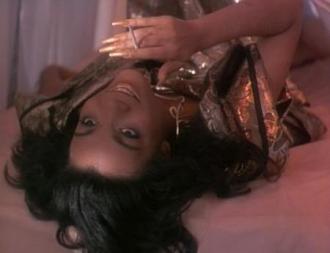 Despite the obvious limitations due to budget, I thought the movie itself looked quite good. It definitely wasn’t afraid to experiment with artistic shots and play with color and texture. I believe a lot of credit for that goes to the cinematographer, Ernest Dickerson, who worked on a number of projects with Spike Lee back in his early years, and has since gone on to direct and work in television. I also thought the premise itself, though not completely original, was bold and interesting. Especially given that it was a completely original story with no previously established books or films to pull from. A black succubus in New York city? And two black men leading the charge to save their friend from her? By all accounts, this was a very cool premise with a lot of potential.

That being said, the story itself was a bit simple. Maybe a touch too simple. It also suffered from some of the most laughable dialogue I’d ever heard. I knew I was in for a treat when one of the first lines, delivered by Temptation’s first on screen victim, was “Hey, baby, we had a good time – you can get an abortion now.” 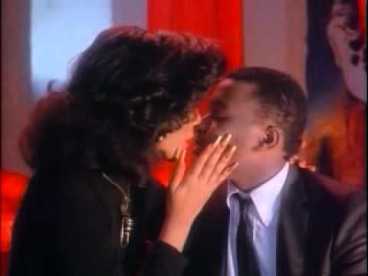 Another issue with this masterpiece of storytelling, is Mr. James Bond III himself. As I mentioned before, this movie boasts an impressive cast and some talented people behind the camera as well – so it’s fairly obvious who the writer/director/ main character is, when you look at the quality of the writing and the acting. Mr. Bond cannot write. Mr. Bond cannot act. He cannot act even a little. Neither, I might add, can most of the people in this movie. The exceptions are, Samuel L Jackson (who plays his father and only has a few brief moments of screen time), Kadeem Hardison (who plays his best friend K), Bill Nunn (who plays Dougy the paranormal investigator) and Cynthia Bond (who plays the Temptress – though her acting was often over the top). With these few notable exceptions, the acting was pretty amateur and with Mr. Bond in the leading role, it becomes hard to watch, because you just want the scenes he’s in to switch to someone else.

This leads to one of my biggest gripes about this movie, from a storytelling perspective. When making monster flicks, you can take one of two approaches. Develop the humans that take down the monster, or develop the monster itself. Recently, most “monster movies” take the approach of developing the monster itself. Through the eyes of your main characters, you learn what the monster’s origin is, what it’s goal is, and maybe even begin to sympathize with it, leading the audience to examine themselves, and ask the age old question: who is the true monster? However, when the more classic approach to “monster movies” is utilized, the audience is meant to really identify with the main characters that must battle against an evil force; learn their origins, their motivations – and root for them. These movies often have a clear cut definition of good and evil, thus making it easy to side with the main character. 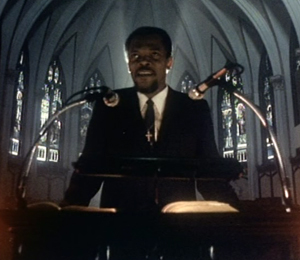 The issue with “Def by Temptation” is that it takes a very classic approach to the “monster movie” genre (with very clear definitions of good and evil), but fails to effectively create a bond with it’s main character. Even though we are meant to see Joel as the protagonist, he is overshadowed by everyone else around him. This is entirely Bond’s fault, as the issue stems from the writing, the directing, and the casting.

First, Joel’s character and backstory are pretty bland. He is a country boy and a goody goody even as far as country boys go – a fledgling minister living with his grandma. We learn that Joel’s parents died when he was just a child, and that his father meant to protect him from the evil that was surrounding him. However, we never get much insight into why this evil surrounds Joel, other than a vague postulation that the demon seeks out pure men of faith to corrupt. But why single out Joel and his family? It’s never explained sufficiently.

Also, Joel also has nothing to do when he goes out to New York. As a writer, Bond seems to assume that moving to the city itself is enough to open his main character up to the sin of Temptation – but Joel doesn’t do anything once he gets there. He hangs out with his friend K, tries on some new outfits, doesn’t drink, and only goes out to a bar once. On the other hand, you get to understand the supporting characters much better just by watching how they interact around the bar. 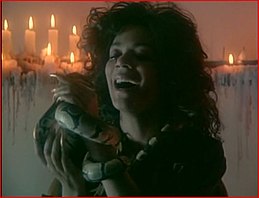 With nothing for Joel to do, except show up at the bar and meet the Temptress at the half way point, the movie instead spends a lot of time focusing on her. We watch at least three scenes of her meeting men in a bar, seducing them, and then taking them back to her house. And though these are arguably some of the most entertaining scenes in the movie (for a plethora of reasons), the film only needed one of those scenes to establish what this woman was. The other scenes simply seemed as though they were there to pad the run time. We learn nothing new about her in these scenes and thus, they are ultimately useless.

Joel’s friend K, and Dougy then take control of the narrative by learning the true identity of the Temptress and attempting to hunt her down. However, this does not go anywhere, as the Temptress manages to thwart then at every turn. Thus, it is up to Joel to defend himself against Temptation.

On a side note: I also find it hilarious that this woman went unchecked for years doing the same thing at the same bar and no one seemed to catch on. I mean, the friggin paranormal investigator had become a regular at the bar staking it out, and said dozens of men had gone missing after leaving the bar with her. Yet, that itself wasn’t enough proof that they needed to take this chick out? Seriously? You are horrible at your job! 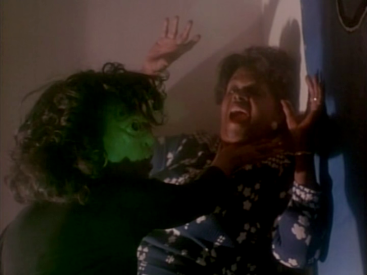 Also, I have to say that the way they took her out was super lame. Like, seriously? His grandma shows up out of nowhere and reminds him of the power of Jesus and suddenly he has the bible and the power to say “I rebuke you Satan” or some crap, and it’s over? She’s gone? Is that seriously all it took?

Get the “F” outta here. You can’t do my girl like that!

Regardless, despite the endless laughable issues with this movie, it was still fun. That is the beauty of storytelling. It doesn’t have to be a masterpiece to be a treat! I’ve reviewed plenty of these “Bad Movies” that people have loved, either in the “so bad its good” way, or because they genuinely liked it.

Either way,  I think this hot mess, is worth taking a look at.