I’ve always had a soft spot for supernatural and fantasy stories. As a kid, I often found myself whisked away by the prose of authors like Tolkien, Rowling, and Lewis. The way that these authors would craft a world that was so fantastic and yet so familiar, it made me truly envious of their abilities and pushed me to hone my own skills as a storyteller.

Yet even as I lapped up these otherworldly tales, I yearned for something different. Most of the supernatural stories I read focused on European and Western mythology and lore. The stories I read were filled with vampires, werewolves, witches and warlocks, elves, fairies, centaurs, and gorgons. Heroes would take fantastic journeys through lands that closely resembled old European kingdoms and countrysides. And I loved those stories! I loved those worlds. I still do. But I yearned for something different… something a little less Eurocentric.

Over the years, I expanded my consumption of fantasy and science fiction, to include tales centered around Asia and The Middle East – a few Native American stories as well. Stories about creatures like Nine Tailed Foxes, and Djinns, and Wendigos. This is due in large part to mainstream recognition. Folklore from South and East Asia, the Middle East, and the America’s have ways of popping in to the Western influenced fantasy stories that I read and watch. The show or novel might introduce a single character and demonstrate how they were different. I would get a taste of them, become intrigued and then search for similar stories. Yet, when the occasional Afro-inspired character would show up in these stories, they were often connected to Voodoo, and I found myself brushing it aside.

“Why the black character gotta be a voodoo witch doctor?” I’d find myself saying. I had no interest in those kinds of stories.

But in the last few years, I’ve found myself asking “Why not?”. Perhaps, the stigma associated with “voodoo” and “African witch doctors” stifled my curiosity. It is only very recently that I’ve begun to see what Africa and the Caribbean have to offer, and I must say, I’m loving what I’ve found! A whole new world of supernatural creatures, fantastic tales, and heroes that looked like me.

Stories like Nalo Hopkinson’s “Brown Girl in the Ring”.

“Brown Girl in the Ring” is Hopkinson’s first novel. Published in 1998, the story won the Warner Aspect First Novel Contest and has recently inspired a prequel film, “Brown Girl Begins”. The story centers around a 19 year-old single mother named Ti-Jeanne, living in a dystopian future Toronto. After an economic collapse, city officials and governance abandoned the metropolitan area in favor of the safety of the surrounding suburbs, leaving the poor residents of Toronto to fend for themselves. The only person with any power in the city is a man named Rudy – a terrifying man whose power over his posse and the spirits make him an unstoppable force. When Rudy is commissioned to find a heart for the Premier of Ontario, who needs a life saving transplant, Rudy gives the task to one of his men, Tony – a former nurse with a drug addiction problem. But when Tony can’t bring himself to murder, he goes to his old girlfriend Ti-Jeanne and her grandmother, an Obeah seer woman and apothecary, Gros-Jeanne for help.

One thing I really appreciated was the way Hopkinson developed her heroine, Ti-Jeanne. I found her, at times, infuriating, and others totally awe inspiring. Ti-Jeanne is a very young mother, and it shows. She is immature, still figuring out who she is and what it means to be an adult, yet she has been through quite a lot. Like her mother and grandmother, Ti-Jeanne has visions and a close connection to the spirits. She can see the way people will die and communicate with a number of Orishas (gods). However, this power is not something she understands and it frightens her. Though she has seen her grandmother work, she is not sold on it’s legitimacy. She simply wants to be a woman, free to love a man she knows is no good for her, free from her grandmother’s strict rules, harsh punishments, and crazy obeah magic, and free of the pressure of raising a baby on her own. Ti-Jeanne wrestles with these issues throughout the novel, creating extra obstacles she must overcome.

However, what I appreciated most was the way in which Hopkinson tells this story. “Brown Girl in the Ring” is a story told in the 3rd person, centering on it’s main heroin Ti-Jeanne while occasionally taking short breaks away to focus on characters like Rudy, Ti-Jeanne’s child’s father, Tony, or the Ontario Premier, Uttley. Depending on where we are and who is talking, Hopkinson code switches the character’s dialogue between standard English and Patois seamlessly. 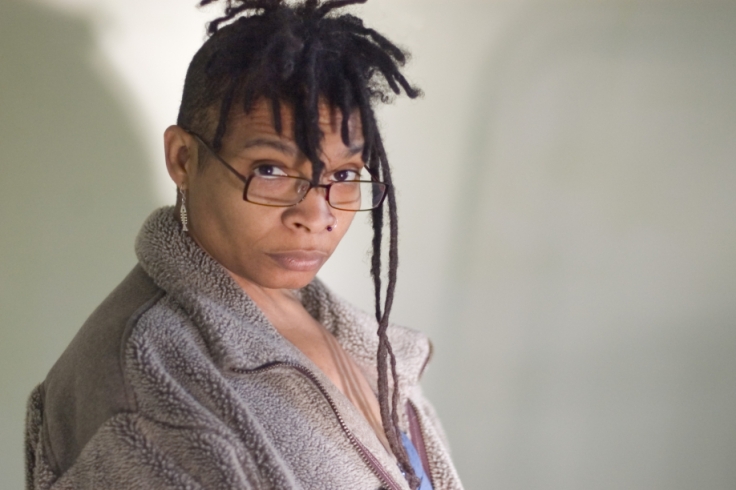 When I read fantasy or science fiction stories, I have often come across authors who will, when introducing a new term, creature, or practice that the reader may be unfamiliar with – will explain what it is as an aside or add a footnote to the bottom of the page (so as not to disrupt the flow of the story). Hopkinson does no such thing.

At first, I found this a bit jarring, having come in to this culture somewhat new. I would have to stop and re-read a few lines that suddenly switched to Patois multiple times in order to decipher what was being said, or figure out what the heck they were saying when they started tossing out words like ‘Obeah woman’ and ‘duppy’. And yet, as I read more, I found myself getting in to the rhythm of things. I believe this is thanks in large part to Hopkinson’s ability to paint very vivid images of what was going on – so much so that lengthy exposition or footnotes are unnecessary. I stopped needing to go back and re-read things, and as I did, I felt as though I had immersed myself in a new culture.

The story ends on a bittersweet yet hopeful note, with Ti-Jeanne defeating Rudy and the sacrifices made along the way having meaning and lasting implications. Ti-Jeanne still feels awkward around her grandmother’s customs, but she had grown into herself and learned to accept her ancestry and culture.

Personally I felt the same way. “Brown Girl in the Ring” is a story seeped in Caribbean culture and spirituality. The language and imagery is vivid, terrifying, and awesome. I don’t understand my previous hesitation about reading stories like this one. In the end, it is like many of the books I’ve read before. A dystopian novel set in the near future. It is a story that establishes magical realism, where the spiritual powers of Voodun can be used for good or evil – much in the same way witchcraft is used in novels like “Harry Potter and the Sorcerers Stone”. Yet the rich imagery and unapologetic use of Patois allow some readers (like myself) who exist outside of that culture, to experience two new worlds, not just one.

And that makes all the difference.